It shouldn’t come off as a surprise anymore as to why the Beagles whine so much. The term itself has been the main basis for its name as the word Beagle comes from the French “begueule” which means “open throat”.

There are several reasons why Beagles like to be vocal, especially around their owners. Aside from the fact that it is innate, when Beagle puppies realize that they can instantly summon their family members immediately after a long and mournful howl, expect them to do this a lot more in the future.

Beagles love to be around their beloved humans all the time. In moments when they want to be petted and you are not around when he needs you, ready your ears as he fills the entire house with his cry. It could either be annoying or cute for some, but it’s time to truly understand what makes Beagles whine. Let’s find out!

7 Top Reasons Why Your Beagle Is Whining

It is fair to assume that Beagles are highly intelligent dogs hence why most of them have actual jobs. They know how to observe their surroundings and test things out if doing a task will earn them positive results. At times, they use their communicative behavior to indicate that they need something or that they are struggling in a certain situation.

Putting that in mind, you have to anticipate his constant howls and bellowing. Generally, this is what they do when they are undergoing a particular physical, emotional, or mental state. If your Beagle lays comfortably on a couch and his favorite toy falls off, he’ll keep whining until somebody picks it for him.

Here are other more obvious reasons why your Beagle puppy gets vocal:

Beagles have a strong pack mentality. Leaving your doggy to play on his own without anyone to interact with can cause a huge turmoil that will eventually lead to separation anxiety. Whining is more evident in Beagle puppies if they feel like no one is there or if you are away from them.

Branded as one of the most social dogs in the world, Beagles would need constant attention especially if it’s a female. In times when you have an online meeting to attend or a phone call to answer, this dog will try to grab your attention. Changing routines that will lessen their time with you will most likely make them feel ignored and unwanted.

Whining can be a red alert for Beagle owners. If you can hear this and realize that your Beagle isn’t just making a scene for attention but rather showing signs of pain and discomfort, you may want to examine his body for any injury. Whining can be his way of letting his family know that he’s experiencing physical distress.

If his normal activities such as running around cause him to limp, your beagle might be suffering from arthritis.

Your Beagle Is Asking for Something

Beagles are like kids in a sense that if they need food, water, or just about anything, they would make noises in front of you so you could do something about it. Not only would you hear a whimpering sound but also feel a light repetitive scratch on your knees while you watch your favorite football game.

The moment you take notice of what your dog needs and get his favorite toy or give him a good scratch in the back, this will put a stop to his constant whining.

One thing to remember for all Beagle owners is to never let your dog condition you. If you’re having dinner and he’s asking that you drop some food scraps on him, he will think that a little whine would make anyone feed him anytime he wants to.

If your Beagle experiences this, you would notice him yawning while whining or licking. These are just ways he could relieve himself of the discomfort or fear he’s feeling. Perhaps an unfamiliar visitor arrived or he’s traumatized about a certain incident.

What you can do to help is to assure your Beagle that everything is alright. Talk to him in a soothing voice while gently patting his back. Your Beagle would love this as it also gives them additional time to bond with their favorite humans.

Do you know that despite their size, Beagles are very energetic? That means, giving them various activities would prevent them from seeking attention. Their need to release pent-up energy might drive you crazy, but that’s much better than listening to his long squeaky voice. If by any chance your Beagle howls while he’s laying on the carpet like Superman whilst doing nothing, it’s time to throw his ball in a wide fenced yard.

Beagles can get easily excited! Whether they saw you arrive after a long day at work or it’s playtime, their enthusiasm will show through his voice and body language. If the clock ticks at 5 in the afternoon signaling that it is time for a game of fetch, your Beagle will run as fast as he could to the door whilst spinning and jumping. This is not the time for an owner to be distracted by something else, the Beagle needs to play!

It’s His Way of Apologizing

Sometimes, dogs can do something unpleasant. Some owners go home to a house full of mess, their furniture chewed on, their pillows gutted, or their shoes gnawed severely.

To ensure that your pet grows up with good behavior, positively disciplining him is ideal. Most likely, once the doggo realizes that what he did was wrong, he’ll try to say sorry through a submissive tone of whining as well as a lowered body posture and big soulful puppy eyes as an attempt to soften your heart.

2 Things to Do to Deal With a Whining Beagle

Know the Reason for His Whining

Since the Beagle could whine for a plethora of reasons, stopping him from letting out his shrill voice especially at night can only be done if you’ve addressed his needs. Reading the situation before giving out a solution can’t only save your time, but also shorten your dog’s discomfort. However, if he’s doing this unreasonably, being firm about not giving in to his demands can create a huge positive impact on his behavior later on.

If he’s feeling hyper in the middle of the night and you can’t sleep due to the noise he makes, tell him in an unyielding manner that it is time for sleep. If he keeps going on with his loud yelping, ignore his cries until he realizes that whining will not result in anything.

Meanwhile, if he’s feeling anxious and wants to be with you, assure him that you’re nearby. You can hire a dog trainer who could help him ease his separation anxiety. In the meantime, you can simply make his space more welcoming and comforting. Before you leave, give him gentle pats and a few delicious treats.

In some instances, your dog might whine because he wants you to open the door for him. Perhaps, he needs to empty his bladder outside. If you did open the door the moment he whined about it, he’ll take note of this and howl again in the future in case he needs to pee.

Do Not Enforce Punishments

Punishments will not build up your pooch for the better. Instead, he might grow up with traumas. The bond between you and him should have no awkward tension or fear but rather be filled with love, patience, and care. It is not a good idea either to reinforce his whines all the time. Beagles are very cute creatures and they can use their charm to manipulate their owners. Giving them the upper hand will make you the underdog.

It’s always best to determine why your Beagle is whining. If he’s unnecessarily whining, distracting or ignoring him would discourage this habit.

But My Beagle Persistently Whines Nonstop!

It is most likely that you haven’t deciphered the situation thoroughly and your Beagle persistently tries to communicate something of importance to you. Nevertheless, once the real reason for his cries is known, you’d assuredly have a peaceful time at home.

To make sure you’re dealing correctly with your clingy Beagle, here are a few things you need to remember:

Is Crate Training Effective For a Whining Beagle?

Yes, it is! It is not something to be considered but it should be an included session as the Beagle puppy matures. Although he can be very stubborn when it comes to learning new things, crate training proves to be very rewarding. It will lessen the tension that can occur between you and your pet.

You might ask ‘What can crate training do to stop my puppy from whining?’ Well, the simple answer is that your pooch will have a safe place of his own. It is usually an uncomfortable feeling that causes your Beagle to communicate using his voice. Most of the time, he only needs security and solace especially if his favorite person isn’t home yet.

Depending on how properly you do the crate training with him, this shouldn’t take long before the results show, but don’t expect an instant outcome either. The change in your Beagle’s behavior will dramatically change either quickly or slowly.

How Can I Crate Train an Anxious Whining Beagle?

Trying out methods that will give your pet a good impression of his crate such as giving him a clean, comfy space and putting treats inside it will pave the way to successfully easing his anxiety.

Here are other things you can try:

When your Beagle pup graduates excellently on this crate training session, in times when you have to leave home for an important matter such as work, your pooch will head directly to his haven and wait patiently for you to return home. He will hesitate to let out undesirable behaviors such as dreadful whining which might annoy the neighbors.

Always learn how to deal with your Beagle and address his needs properly. The results will be overwhelmingly positive and will eventually pave the way for a healthier relationship! 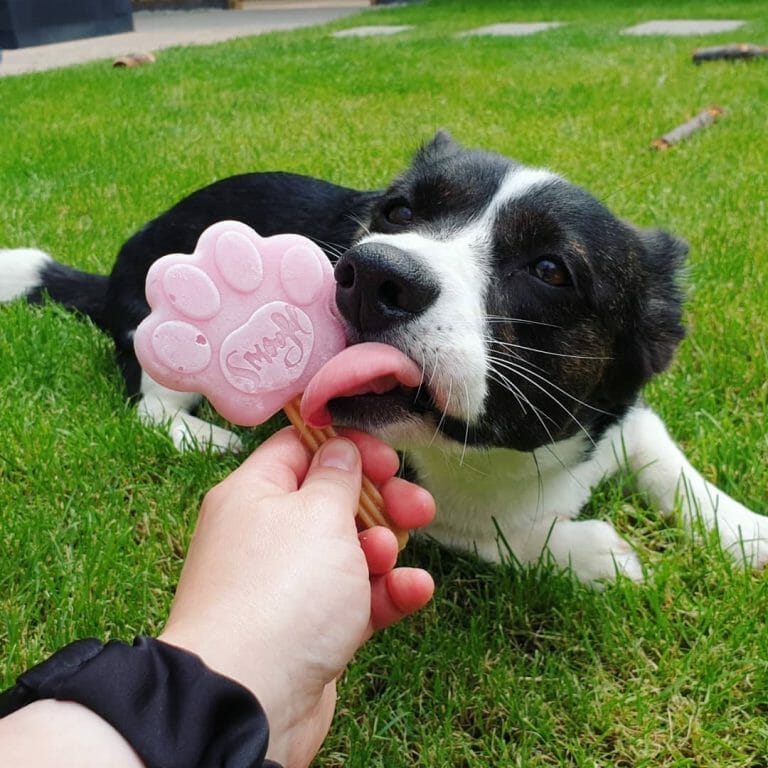