Bringing home a Beagle puppy means a new family addition! Without a doubt, getting him required an immense amount of effort, time, and even money. Now that the little pup is right there on your lap, you might start to wonder if he’s purebred or not. Of course, true dog fanciers couldn’t care less no matter what the dog’s heritage or ancestry is.

However, we often naturally become curious if we got what we paid for, so we end up browsing the net to give us answers. To clear out the doubts, this article will guide you on how to determine if your cute Beagle pup is purebred or not.

8 Physical Characteristics of a Purebred Beagle

If you know where to look, it’s pretty easy to identify a true purebred Beagle from a mixed one. Thanks to his unique physical characteristics which most of them are known to be his trademark, you’d no longer have to get him to undergo tedious DNA tests to determine his parentage. And even if a breeder presents registration papers, it is not always a benchmark to recognize a thoroughbred Beagle.

Here are some of the obvious physical traits you’d see from a Beagle:

Legs: you’d notice that his two front legs are white and straight while his hind legs look muscular with an obvious joint connection. The legs in general are smaller than their bodies.

Paws: All four paws of a Beagle pup should only be white. They are all webbed as well but are less prominent compared to other certain dog breeds.

Tail: A Beagle will always have a white tip on the tail that stands straight especially in times when he lays low on the ground as he sniffs. No matter the amount of white hair on his tail, that still adds up as a positive indicator that your Beagle is purebred.

Ears: The ears are the most prominent feature of the Beagle breed. We all know that he is known for having large, wide, and drooping ears that are quite longer than his head. When they hang low, they can almost cover the Beagle’s entire face.

White Streak: This can be present in some other dog breeds, but if your beagle possesses this feature along with the other ones mentioned, he might just be an unmixed breed. The white streak is quite symmetrical covering his muzzle and a high point reaching on his forehead.

Head: his head is slightly domed and reasonably wide. His jaw is pronounced and square-shaped while the muzzle almost has a 90-degree angle from the side.

Height: A purebred Beagle should not have extreme height measurements than the ones placed as the breed’s standard. Typically, a Beagle may either be 13 or 15-inch at withers and can weigh a maximum of 30 pounds depending on the height. Don’t worry if your Beagle is slightly larger than usual. Some dogs are just slightly bigger.

Body Color: A true Beagle puppy should adhere to the standards set by major reputable kennel clubs. Normally, he would have a combination of two or three body colors. Some of the ones recognized are red, tan, white, black, bluetick, blue, fawn, and lemon.

4 Behavioral Indicators of a Purebred Beagle

Beagles follow their nose. A scent is either a friend or an enemy of the Beagle breed. His nose is naturally powerful as he was bred to follow after the targeted prey. If you have a working Beagle, following after a certain smell is an advantage to hunters. However, if your Beagle is primarily a pet, unfamiliar scents can lead him almost anywhere. Before you realize it, he’s already missing. Microchipping your Beagle can save you from worrying about his whereabouts.

If you want him to play in the yard, make sure that it is secure and the fence has no gaps. The base has to be buried deep in case his instinct to dig his way out kicks in.

Beagles tend to howl and bark. Beagles are usually wired to bark to alert their owners about suspicious movements. You can observe your Beagle and listen closely to his voice when he either howls or barks and you’ll notice how boisterous the sound is. Unlike the other dog breeds, however, the Beagle is less noisy, but can be very vocal.

He has varying sound qualities as well. If he’s still a puppy, his vocal range is deep and loud. Meanwhile, his hunting howl can be described as a mournful outcry.

Beagles are not the easiest to train. This behavior is one among the Beagle indicators that stands out a lot. Training is essential to every Beagle puppy or even an adult one. But due to his high intelligence, this medium pooch tends to be stubborn and irked to follow commands. His independence strikes a lot unless you use food rewards as means to motivate him to be obedient.

Beagles shed the entire year. A typical Beagle will release dead hair all year round but the amount increases when spring approaches. Once winter comes, it is expected that your Beagle’s fur will gradually thicken to prepare for the colder months.

Depending on where you got your Beagle puppy from, he can either be healthy or unhealthy. The breed itself though is generally fit as a fiddle. Here are the three possible options which can be a factor that would decide whether your Beagle is healthy or not:

Male or Female: What Purebred Beagle Should I Get?

There is a stark difference between a male and a female Beagle, so it all boils down to what kind of personality you have and what pet qualities do you look for.

If you prefer having a clingy pet, then the female Beagle suits you. She will demand your attention a lot even after an hour of bonding with her. This trait can be exhausting and overwhelming to some, but if this screams “ideal”, then why not go for a female Beagle? After all, she’s not only sticky but also easier to train.

As for a male Beagle, he knows how to draw boundaries. If you like having your alone time, your pup will understand this and give you your space. He’ll simply go to his area and entertain himself! When it comes to training though, he can learn new tricks quickly, but his focus and attention span is very short. You’ll be required to have long patience for this one.

Purebred Beagle: Should He Be Pet Quality or Show Quality?

Whichever of the two you want to have, it goes without saying that Beagles, show quality or not, are meant to be purebred. The American Kennel Club has set a certain breed standard for this dog so you could check if your Beagle can qualify for a show or not.

The desired traits are as follows:

Meanwhile, what makes a purebred Beagle a pet quality dog is if he possesses certain traits considered as defects:

How Much Does a Purebred Beagle Puppy Cost?

The popular Beagle breed has an initial whooping price that may range from $400 to $1000. Going for a puppy who has a superior lineage will cost you even more. Some breeders may charge at least $1500 while others will increase it to $5000. From puppy to adulthood, owning a Beagle can have an average cost of $15,585.

Of course, adoption is a great means of getting a Beagle too! Dogs from shelter homes are relatively cheaper compared to purchasing from a breeder. For only $350 to $550, you can already have your ideal breed complete with vaccinations and registration.

How to Avoid Getting Beagles From Puppy Mills

We all want to have a healthy Beagle who can accompany us with his loyalty, love, and affection. For that to be fully actualized, Beagle owners always prefer not to get a sickly dog that might drain their pockets for health fees. Beagles of this kind usually come from puppy mills.

Here are 8 things that might suggest the Beagle puppy comes from the dreadful mill:

Places to Get a Purebred Beagle

The dog market is indeed a profitable business, hence the rise of backyard breeders. Thankfully, the presence of reputable breeders along with the dog’s health awareness combat the selling and buying of unhealthy puppies. Here are some places including shelter homes that can save you from having the worries that your Beagle might be poor in health:

If you have purchased a Beagle from a puppy mill, it is important to know that your dog still deserves the same love you would give to a healthy Beagle pup. No matter where he comes from or if he is a mixed breed, he is capable of transforming your life although there might be hurdles in the way. To show real care for Beagle pups, puppy mills should be out of the option! 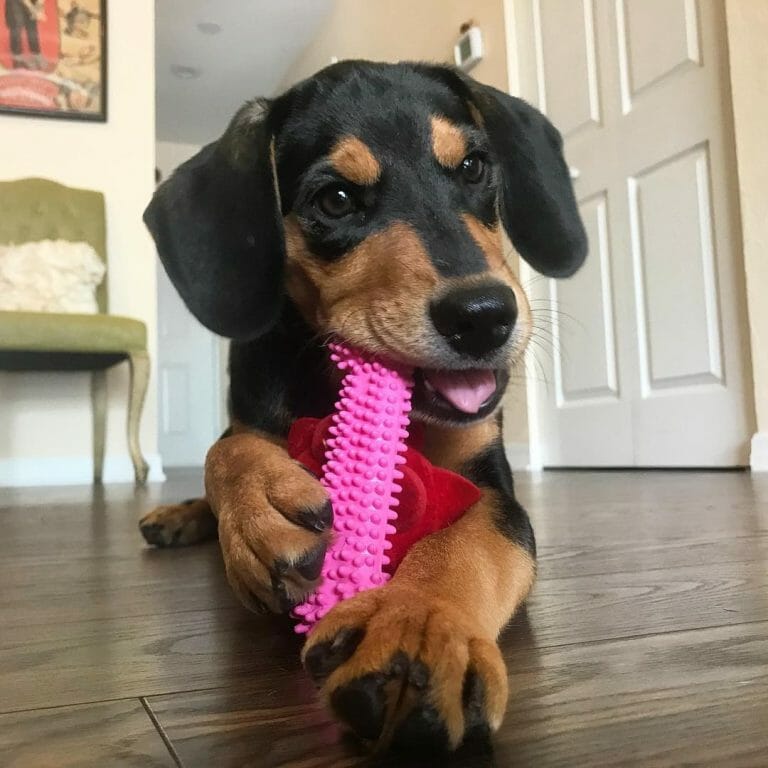